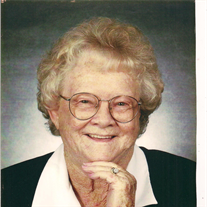 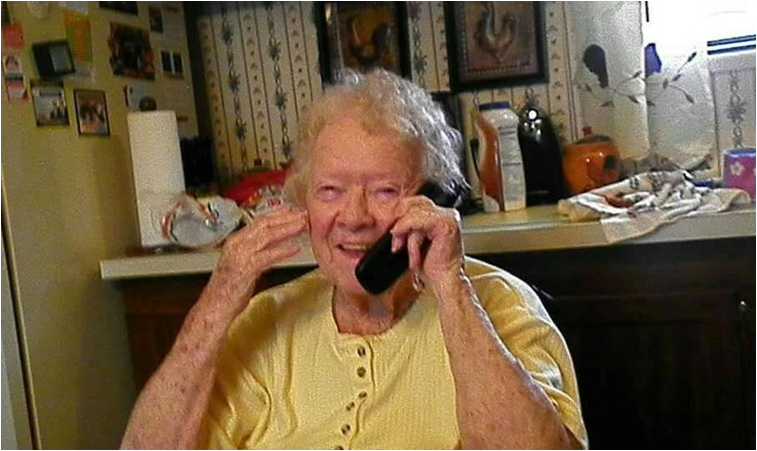 This is a picture to treasure! Mom is talking to Lynn in Ohio.

Below you will view pictures of our dear Mom during the last couple of years before she passed away....In June 2014, Mom was diagnose with Advanced Dementia. The disease was very subtle at first. It took a few years before we realized that her memory lapses were more than simple forgetfulness. After several years of gradual decline, it progressed rapidly for the next few years. By that time, Mom eventually had to live in a nursing home. She lived in her own little world during the later stages of that cruel disease. Her thoughts, her opinions, her concerns was eventually gone. But,Mom still smiled, laughed and responded to "Mom" and knew her kids and family by name until she passed away. Thanks to God's mercy those were things that cruel disease didn't take from her and us. Our adoring mother, the proud grandmother, and the sweet-great grandmother....who dearly loved her family...just slipped away April 15, 2016. I'm sure you will notice her beautiful smile even during this time in her life!
Click on each thumbnail to view photos

Growing up I don't recall ever getting a whipping. Not that I didn't deserve one. Mr Pittman, my teacher is the only one that ever whipped me,that is another story. When we did wrong mom would say " I outta wring your neck!" That is when we knew that she was really mad. She never did wring our necks but we knew to straighten up.

One of the things that I remembered of Mom is when I would call her and ask her what she was she doing, most of the time she would be watching Andy Griffith or the Gaither Family. I believe the Gaithers were her favorite gospel singers. Always, before hanging up, Mom would make sure to tell me "you all come down ". Mom always liked company!

One of the special memory that I have of mom is when mom and I would play games. I would go to mom and dad's when Charles went to work on evening shift. He would pick me up after he got off of work around twelve or one at night. Mom and I would play games every night. Mom would cook dinner and we had to watch the news with Daddy. This is the way it worked every day. We made so much noise playing our games that daddy wouldn't let us play until the news went off. We played mostly Boggles, with that game you had to put the dice in a plastic container and shake them around. Every night after daddy went to bed is when the giggles started. A couple of times during the night he would yelled at us and tell us we were keeping him awake. The harder we try to be quite the harder we laughed. We never did stop playing that game. I guess daddy knew we were having fun and he just lived with it. Years later we still laugh about it.

I have a memory that Mom always told everyone about a time when we were little when Dad and Mom took us to Grandpa and Grandma Holley's house. Before we got out of the car Mom said we had better not act up in the house. Of course us boys had to pass the time away by wrestling with each other. We got out into the car to leave and Mom started fussing at us for carrying on in the house. She said I spoke up and said, "You born us".

Click here to go to next page
Powered by